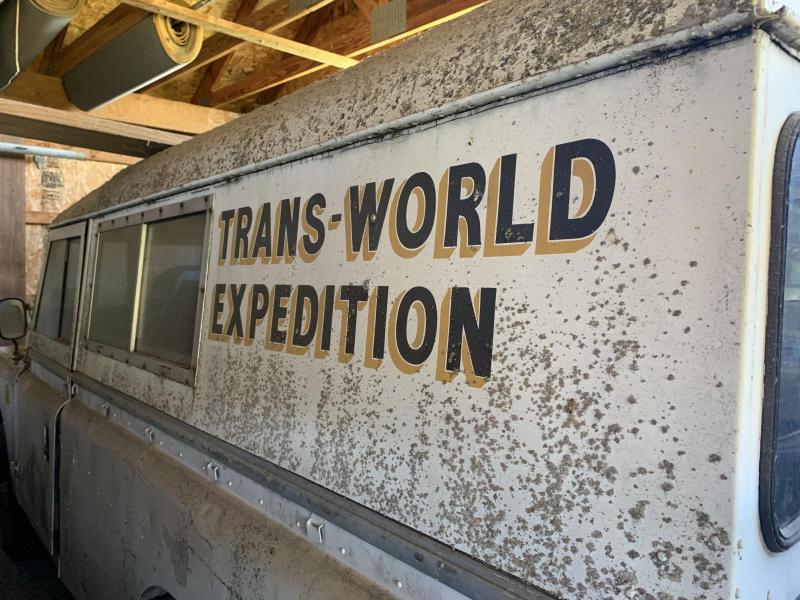 We purchased this 109 series 2a land rover through the Ex MOD sales at Ruddington in the UK in 1981.

This was then sold to a good friend of mine and it was prepared for a round the world trip. He and his friends in 1982 drove it down across the Sahara desert and on through Africa to Cape Town where it was shipped to South America.The land rover was then driven north as far as the Darien gap , where it was found that the road had never been constructed through the jungle and so it was then shipped around to USA.
The friends had a dispute in USA and the land rover was sold to be used on an Indian reservation as at the time it could not be registered for the road. My friend went on to Australia and India, etc on a motorbike.